I am not really a blog carnival kind of blogger, and I don't usually post on Thursdays, but when I saw the question for Top 3 Thursday I just couldn't resist! 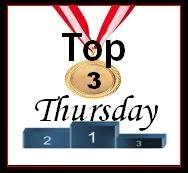 Who are your top three "guilty" celebrity crushes?

Because I know you are all DYING to know.... 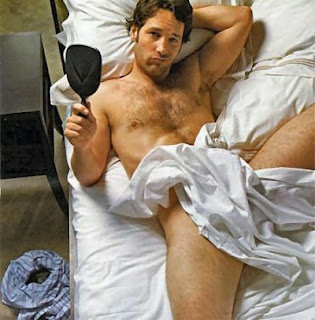 I think Paul Rudd is super cute, endearing, earnest, and he always makes me laugh. After I saw him do the best dance scene ever in I Could Never Be Your Woman, there was no turning back. Anytime I watch a movie with him in it, I pretend that I am his leading lady and he is my boyfriend. 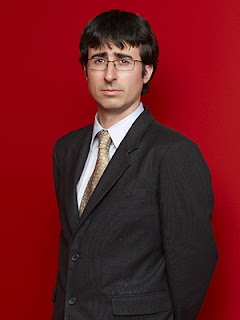 John Oliver is a correspondent on the Daily Show with Jon Stewart. Though I think Jon Stewart is funny, I really only watch the show in hopes of getting to swoon over John Oliver for a few moments. His big nose and British accent turn me on SO MUCH. I really can't help myself. He gives me goosebumps and makes me all giggly. Though he really looks like such a nerd, there is just something about him that I cannot resist. 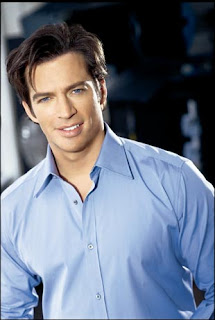 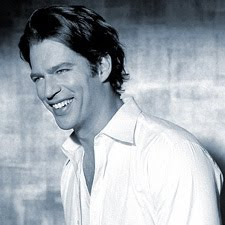 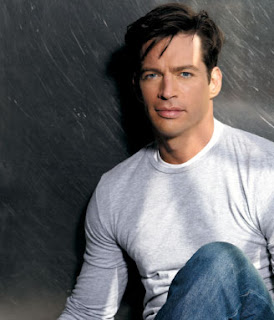 Yes, he is my all time favorite and number 1 so he gets three pictures.

I have loved Harry Connick, Jr. since I saw him for the first time when I was 10 years old and I watched Memphis Belle. There is a part in the movie where he is singing Danny Boy, and then he looks into the camera and smiles and winks. Though it isn't stated for everyone to know, that smile and wink was SPECIFICALLY for ME. You see, he loves me too. And I think it is because of Harry Connick, Jr. that I have always been attracted to musicians. He plays the piano the way I do in my dreams. I can't help but imagine all of the other fabulous things he can do with his fingers.

If you want to play along, link up at Confessions From a Working Mom!

You know you want to!

I think Paul Rudd is a super cutie too :-)

I forgot about Harry! Love the photos!

Great choices, even though I didn't know the John Oliver guy. Don't hate! You know I love Harry Connick.... a good ole boy from New Orleans! His family and presence there runs deep. Love him, that face, those big lips and his singing voice! Paul Rudd is hysterical and cute too. I loved that scene of him in "The 40 Year Old Virgin" where he's playing video games and talking about "you know how I know you're gay (to Seth Rogan)....." So funny!

You have ecclectic tastes! I love it! I talk about my top three all the time, so I won't do this one. I think John Oliver is so clever and cute!

I get Paul Rudd, and I get the second guy just because you said he has a Britist accent, and I would fight you for Harry Connick, Jr., but I think you could take me... ;-)

I have Scarlett Johansson, the chick from Modern Family (Sofia Vergara) and Paul Rudd.

I love Paul Rudd! In fact my love for him started after a very nice dream.

Man, I LOVE me some Paul Rudd. He is most definitely on my list and I'm pretty sure I'm on his. :)

I did the 3 celebrity crushes but only in her comments this morning... Didn't blog about it as my husband reads mine..
The only one of yours that I know is Harry Connick Jr. YUM! I LOVE his voice.
My 3 were,
John Cusack
Nathan Fillion
and any male British celebrity because I love their accents... like Ricky Gervais, but not him.

Based on your comment on my blog (that you didn't recognize any of my names), I thought for sure your choices would be unfamiliar to me-- but I agree with them all (ok, I don't really get John Oliver, but I do LOVE him on The Daily Show!). And Paul Rudd... yummy, esp. in that picture!

I think we need to have a Daily Show double-team...you can have John Oliver, but I get Jon Stewart. I so have the hots for Jon Stewart.

I never thought Paul Rudd was sexy until I just saw that pic. Wow! Also, Harry Connick a classic crush, his voice is amazing.

ooou la la....love your post and what a yummy selection!!

Goodness... I'd never be able to narrow it down to a top three.... or thirty for that matter.

I think Harry Connick Jr. is dead sexy. :) Hope Floats is one of my most favorite movies (I know, cheesy, chick flick ;)...and he is so hot in that movie!

These guys just don't do anything for me. I wonder why? LOL

you know who I've been finding rather hot lately: Michael Buble and I'm not even normally into that kind of music. He just oozes sex appeal

Ditto oh the Harry Jr.!! He is dreamy!

Harry is hot no doubt! My heart belongs to George Clooney!

I just posted one as well. Ha ha I've never heard of your dudes but loved the first picture!!! =)

Mmmm.... Harry Connick is sooooooo hot - those are excellent photos of him!!

Padma Lakshmi - She can cook naked for me any day...

Olivia Wilde - Here's a hint... when Megan Fox says she has a crush on you... you're probably hot as hell. Loved her before she was on House when she played Tommy's love interest in Black Donnellys.

Moon Bloodgood - She was in the series Daybreak and Journeyman before guest starring on Burn Notice for a few episodes...

im not with you on the first 2..but harry is a dream...sigh*

oh my gosh, there is nothing "guilty" about loving paul rudd! i just want to rip that sheet off and jump on him! grrrowl!

That first picture, oh my word, sin. Sin.
Off to the shower to get rid off my lustful thinkings.

I love a nerd anyday.. Sheldon on the Big Bang Theory.

Did you see Rudd in I Love You Man..hysterical.

Harry is fine for sure.

I LOOOOVVVVEEEE that you made a New Orleans boy your #1;)

Paul Rudd. YES! And wow, never seen that picture of him before!

Thanks for playing our game!

You'd have to fight my sister for Harry. He is hot and I've seen him in concert more than any other performer (hmmm, just realized that).

Should I mentioned he lives in the next town over from me?

hahahaha!! I LOVED him on Will and Grace... until he left grace.

I like Paul Rudd too! But I think you left off some very important ones! Patrick Dempsey...make me swoon! Matthew McConaughey...need I say more? And my newest favorite, Gerald Butler!